WHAT ARE YOUR TOP TEN TRACKS Eric?

I really, really can’t answer that – it is for ever changing.
I do have a thing about See Emily Play and I’m well known for having a thing about Cher.
But then it changes, I had a thing for Oasis, then Global Deejays and even Enya.
I can say what I don’t like as that’s based on the past and my top ten will hopefully continue to change in the future.
I don’t like wet or soft productions – I don’t see the point in the next re-vamp of a Greatest Hits collection – I never understood why people rushed out to buy all the re-released Elvis tracks a few years back. It would have been cheaper to buy them in a petrol station than buy the new ones.
However, returning to the present – I’m like a kid with a new toy everytime pre-release CDs arrive. I can’t wait to find out if there are good tracks about to be released.
That kind of says it all really.

What’s The HARDEST programme you have ever done, Eric?

The CD sleeve really says it all. It’s the cover of the single Elton John recorded when Princess Diana was killed in the car crash in Paris. I had to anchor the first live show for a station in London as the country began to re-start broadcasting after three of being in obit-mode for the Peoples’ Princess. I had a great team with me that night, including Dave and Chris. Couldn’t have done it without them. And to this day I have not played that CD again – I still have it my collection, but it stays un-played.

The logo on the Live At Abbey Road CD from Tom Robinson has the MNO logo on it for a very good reason – it was broadcast LIVE on the very first MNO special, before the station was officially launched. Tom Woodford made contact with the young Mr Robinson and the rest as they say was history. Two versions of the CD were made and if you have the green sleeved version there were only 1,000 made. The one shown to the left was placed on general release. Tom was great to work with and to be honest he didn’t really need me being the Executive Producer. He took the brief and just did what was asked of him – a pro!

Thanks to Denis for this who sent it to me in Slovakia. He recalls listening to me back in 1992/3 and one of the stations was QEFM. The station claimed to be an Easy Listening station, but I managed to kick it’s butt once in a while and during the night time hours we got away with all sorts – sorry Roy if you’re reading this. QEFM was a great idea, just 10 years ahead of its time – if exactly the same was done today it would probably work, hey-ho.

The Time Line is now the early 90’s. Chris and I had just received the very first satellite radio tuner and were boasting about it whilst at a radio day in France

Radio Luxembourg – then Station Of The Stars

I had spent a couple of years working with Radio Luxembourg until it was closed – if you have the close down recording you’ll know what I’m writing about. PS: Sorry about the years jumping around a bit, but this is a just for fun Blog not a published book.

This picture dates back to the early experimental satellite radio station called Euronet. Another outstanding idea killed off for one simple reason. Most people there understood being in the media is job like any other job, it isn’t an automatic road to social ladder climbing. Mixing up the reality with the fantasy is a route doomed to failure. I’m pleased to say, most of those that understood the “job” they were there to do are in or around the media today – says a lot really. There were some ground breaking ideas used at Euronet and I confess I’ve enhanced them and re-used them at RTI. It’s true to say, I doubt that Euronet could ever be recreated – er by the way that is me sitting in the studio waiting to do something, but I can’t say what or ever why.

Now it was a wet London night and still the early days of satellite. I recall very clearly taking a deep breath and saying, It is 8 O Clock in London and live from the Strand this is the World Radio Network. Karl has asked me to do the official opening of the station and we planned a 30 minute phone-in, that ended up going on for TWO HOURS. WRN have come a long way since and I’m still very proud to have been the first voice of the station.

Eric Wiltsher 60 Years In The Making

Welcome to ericwiltsher.uk Whilst I have had many a site/bog over the years I’ve never had a site which carries my name. So on my 60th birthday http://www.ericwiltsher.uk was launched.

The project aims to pull together, we hope, some fun/interesting items from the past as well as sharing, I’ve only just started. There are many things to be done and so far I’ve only scratched the surface.

Right at the top are links to work from some amazing people, TESUG TV being just one example of a quality service being produced not with huge budgets using but using talented people who will squeeze every gram out of new tech just to prove it can BE DONE!

I do hope you enjoy your stay and if you have anything to add, just let me know.

All the very best
Eric

Eric Wiltsher – Welcome to my Blog

40 years of Commerical Radio in the UK

Eric on the Telly 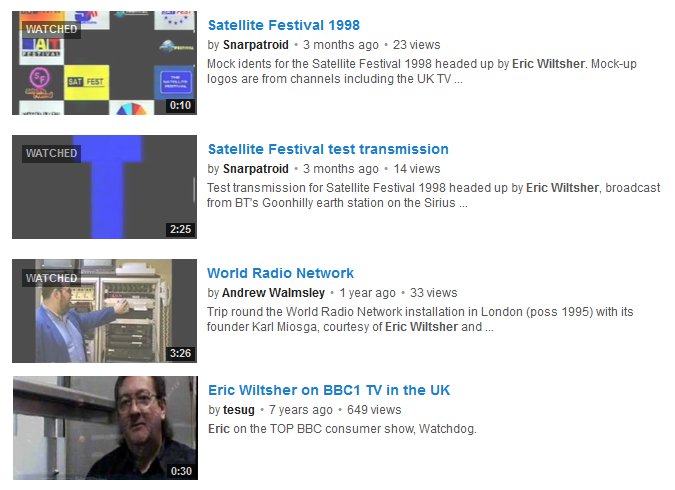 Radio that inspired me

This was the close down of the first RTI, 25 January 2009. Many hoped that would be the end, but it wasn't. RTI continues

Radio Luxembourg The suggestion is you listen to the entire two hour show recorded in the UK from the mighty 208. However, 64 minutes into the show, as you're here, there will be a name you will recognise. In broadcasting, to be thanked by and on 208 was one of the greatest honours I could receive. To download a copy of a great AM signal click on the 208 logo 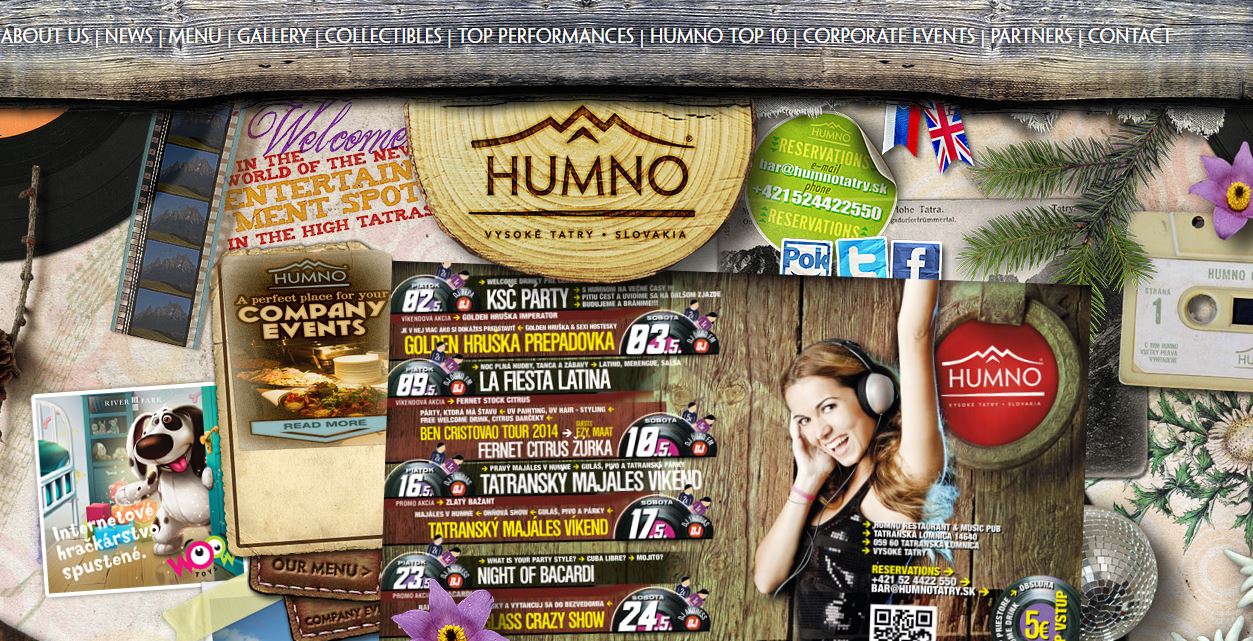